Your home for free golf tips, resources, tips and more 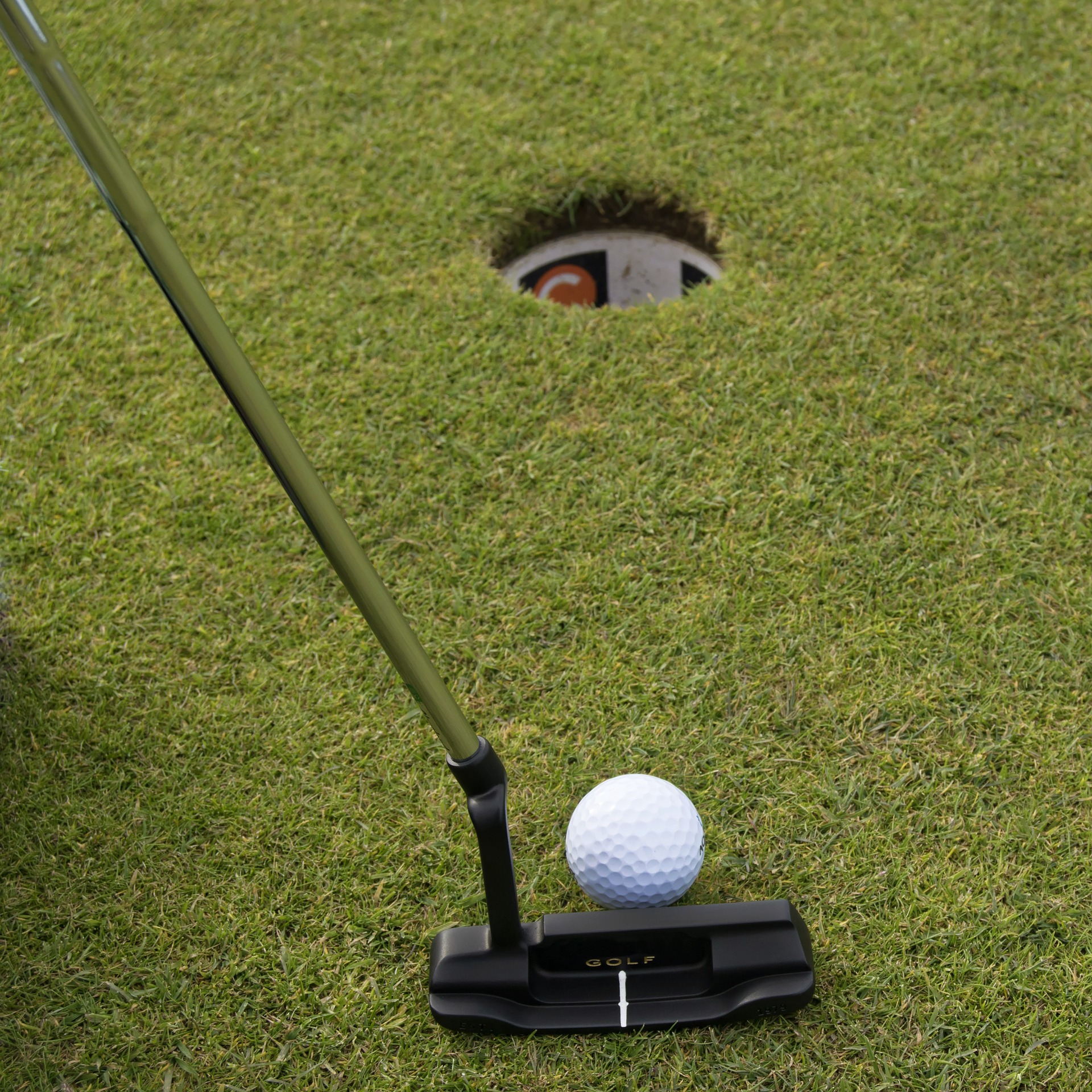 It’s a fact that the most often used golf club in every bag, every round, is the putter. It follows that no other club in the bag is responsible for more wasted shots.

A missed short putt is one of the only bad shots in golf that you cannot recover from. All you can do is add one to the score and tap the ball in.

On the other hand, you can still save par from the trees off the tee or the bunker by the green. You can still make the 10 footer you may have after the worst long putt you can possibly hit.

So it makes perfect sense that if you want to lower your scores you should start with your short-range putting. I hope some of these putting tips will help you putt better from close in.

1) Always line up the ball. At the very least, use the brand name to line up with. The best way, though, is to use a Sharpie and make a line that is straight and easy to see. Would you rather shoot a good score with an ugly ball or an ugly score with a pretty ball?

2) NEVER practice on bad greens. Does it really help you to hit putts on a slow bumpy green? NO! The best you can hope for is to do no damage. Don’t waste your time and endanger your putting confidence by putting on bad greens.

3) Play more breaks on fast greens. The ball rolls at slower speeds to go the same distance, so logically it will break more than the same putt if the overall speed of the green were slower. The faster the putting surface is, the more effective the slope will have.

4) Play less break on slow greens. This putting tip is just an extension of the previous one. The speed of the greens will always have as much to do with the break as the slope does. Take this into account when you are reading the green.

6) Speed is king. Putting is all about speed. If you are going to hit a bad putt, you are much better off getting the speed right than the line. A putt that is slightly offline still has a chance if the line is only slightly off but the speed is right. Even if it is a foot offline you will still have a tap in. A putt left short will never go in and if it is hit too hard it has to go dead center or it will lip out.

7) Make your short putts easier. To minimize three-putt greens, and to make your round less stressful, you should try to lag your long putts to the easiest place from which to make your second putt. A relatively flat uphill five footer is a lot easier to make than hard breaking downhill three-footer. On long putts it’s all about where you putt from next, not making it.

8) Maintain your stroke speed through impact. Many putts are missed because of the “deceleration” of the putter head through the impact area. This has led many well-meaning golf teachers to suggest that you should “accelerate through the ball”. This advice has wreaked havoc with the strokes of many amateurs. A better way to do it is to take the putter back at the same speed you need on the through the stroke, and then reestablish and maintain that speed on the forward stroke on through the ball. The speed of the putter head at impact should be established well before you actually hit the ball rather than trying to accelerate to that speed at the precise moment of impact.

9) Make at least one putt per hole. As simple as this putting tip is to do, most amateurs just don’t do it. Instead, they pick up the ball when it is still a foot or two away. As a result, they miss almost every putt they hit during the round. Do yourself a favor and putt those “gimme” putts. Even making a one-foot putt can help build your confidence. You need to see as many putts drop as possible.

10) Always be positive. Putting is mostly a mental game, and short putting is TOTALLY DIFFERENT from any other golf shot. It is a near certainty that any putt you think you will miss will not go in.

11) Be committed to your choices. If you are going to make your putts, you must be 100% committed to the line and speed you have chosen. There is no room for doubt.

In the end, all you can do is hit the ball on the line you pick and at the speed you want. If you do that and the putt doesn’t go in, it’s not your fault. It’s just golf.